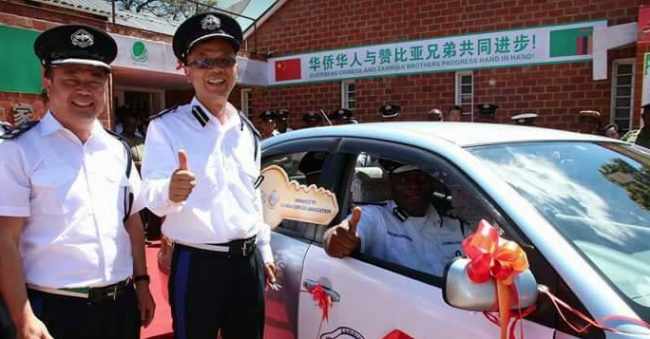 Police have denied a consortium of opposition political parties the right to hold a demonstration on Friday in protest over the hike increment in the salaries of cabinet ministers by 50%.

Lusaka Province Commissioner Nelson Phiri informed the opposition leaders led by the UPND’s Hakainde Hichilema that they could not proceed with the demonstration this Friday as it fell within the festive season when police had other engagements.

And in a statement, Mr Hichilema said the opposition political parties compiled fully with the requirements of the law.

“Together with nine other opposition political parties, we were invited by the Lusaka Province Police Command led by Commissioner Nelson Phiri. This is over the matter in which we notified the police to hold a peaceful demonstration in Lusaka. We have fully complied with the legal provision as provided for under the Public Order Act,” he said.

Mr Hichilema added, “We have so far been told that we cannot go ahead with our planned demonstration as it is a festive season. For now we have requested the police command to give us a date that they think is suitable for us to hold our peaceful demonstration.”

“The public must note that our colleagues in the PF have been holding these public processions and demonstrations even outside sacred institutions such as the judiciary as was the case last week without police notification,” he said.

“We have been promised that some form of commitment in writing will be done before the end of today.”