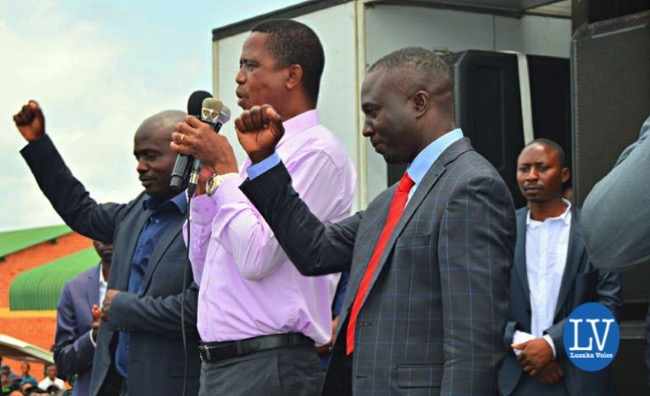 President Edgar Lungu says so called Patriotic Front PF founder members that think they own the party and not welcoming new members should instead leave to form their own political parties.

President Lungu has since warned that he will not tolerate any so called PF founder member who think that bringing in new members to the party would be failing Mr. Michael Sata’s legacy.

President Lungu says such individuals are only claiming to be founder members yet never learnt anything from the former President Sata since inception of the party, emphasizing the need to continue working to woo more members to the party.

And President Lungu says some of these so called founder members are trying to imitate Mr. Sata whose deeds he is already carrying out.

He was speaking this morning in Solwezi before departing for Lusaka where he also received defectors upon concluding his tour of North Western Province.
MILLENNIUM RADIO 90.5 FM