Leonardo DiCaprio won the Oscar for best actor for his role as a frontiersman in “The Revenant”, while Brie Larson won the best-actress award for her role in “Room,” about a young mother held captive. The 88th Academy Awards were handed out Sunday in a live broadcast on the ABC network from the Dolby Theatre in Los Angeles. Alejandro González Iñárritu won the award for best director for “The Revenant,” his second straight victory in the category after “Birdman” a year ago.

Until “Spotlight” grabbed the top honor, the ceremony looked to become a victory celebration for favorites, with top awards going largely to the pictures touted by critics and oddsmakers. “The Revenant’’ went into the ceremony as the favorite among oddsmakers and critics — because of the grueling shoot choreographed on a frozen landscape by director Iñárritu and for DiCaprio’s performance as the frontiersman bent on revenge after being left for dead. “Spotlight” was the second favorite.

As host, Rock tackled the Oscars’ diversity problem head on, opening the annual telecast with a few barbs at this year’s nominees and the lack of serious leading roles for blacks.

“I’m here at the Academy Awards, otherwise known as the white people’s choice awards,” the comic actor, one of the best-known black comedians and entertainers in the U.S., said in his opening monologue. “This is the 88th Academy Awards. You gotta figure this all white nominee thing has happened at least 71 other times.”

Rock also returned often to the topic often, playing both joker and scold. Yet in his second turn as Academy Awards host, the comic also kept the focus on the films and actors vying for top honors.

In one prerecorded segment, he interviewed filmgoers in the predominantly minority city of Compton, California, and asked them about the controversy. Many said the 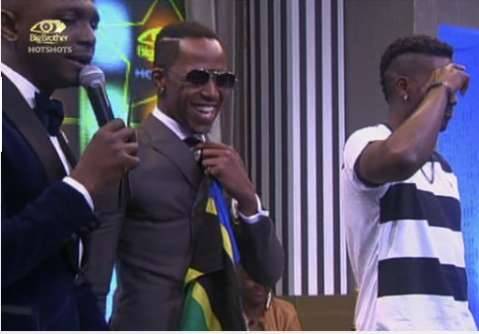