Last year on the 11th December I released a song called Koswe Mumpoto which was a single from the album MAN to MAN. The initial release date for the this album was the 25th December 2017. Following the unfortunate behaviour of a few insecure political parasites I could not release this album. When I came back home this year I was hoping that I release the album in August as I assumed that by then my court case will have been done with and planned to include a song or two about the whole episode. Unfortunately the case is still in court to this day.

In the interest of time and relevance, I have started releasing singles from the album which I may never release under the same title. Meaning that the Man to Man songs will be released as singles as I start working on new material. Those who understand the music will agree with me that sound and ideas are influenced by the prevailing reality so the songs I recorded last year may not have the same impact two years later. I will continue to share these singles until all the songs are out at the same time I will be recording my new album.

Against this background….. Tomorrow I will be releasing 2 singles from the album. Thank you 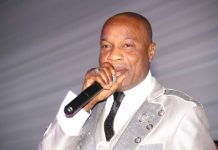