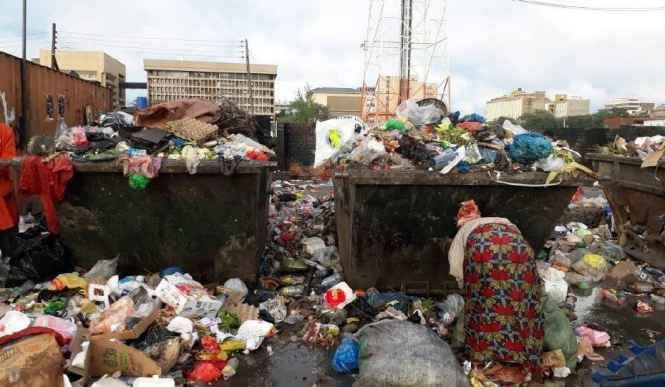 LUSAKA, Monday – THE Lusaka City Council (LCC) has procured eight (08) tipper trucks at a cost of K5.6 million to enhance garbage collection activities in the city.

Lusaka Mayor, Wilson Kalumba said there was still more equipment that the council needed to procure and believed LCC was on course with the procurement exercise adding that the fleet would enhance garbage collection and other activities that the council undertakes in the city.

The Mayor said at the moment the Council had on average three trucks running for garbage collection and that most of the equipment was obsolete, hence the purchasing of the eight trucks would go a long way in enhancing solid waste management in the city.

Mr. Kalumba said the procurement of the eight trucks would make a difference in the garbage collection exercise and the general cleaning of the city adding that the Council was just coming from a clean-up exercise of the city following the cholera outbreak in Lusaka and that it was important to maintain the momentum.

He added that the momentum would only be maintained with the right equipment and mindset by the residents of Lusaka who would at some point be compelled to pay towards the management of solid waste.

“In the past we have complained about lack of equipment, which was very true, but now we have the equipment here for our use. As I mentioned earlier, garbage collection everywhere in the world is a costly venture, so we need to find resources and people need to be ready to start contributing to the cost of running waste collection in the city.

So today I am very happy, just like some of you should be, that we have boosted our fleet by eight and I believe that these new trucks will be operating on a reliable basis and on our part, we will need to take care of this equipment and people should get ready to start contributing to the cost of waste management in the city,’ Mr. Kalumba said.

The mayor encouraged residents of Lusaka to start paying for garbage disposal adding that a universal garbage collection fee as not yet been determined saying the figure would be determined by how many people would be covered by measure.

“In the past I have talked about collecting K10 from residents, it will give us a sound financial base. We can even procure more equipment because dump trucks are not the only equipment that we need. We need lot of equipment like road sweepers, bull dozers, front-end loaders to scoop the garbage into the trucks.

“People should start getting ready to pay for garbage collection because it requires money to buy the trucks and we have done our part, we have procured the trucks but to keep the momentum, to maintain the fleet, we need the resources.

“I don’t think we will be able to do that for free for the whole city, it is not possible, so we are talking of the residents getting ready at one stage or another and contribute because we are serving the residents,” the Mayor said.