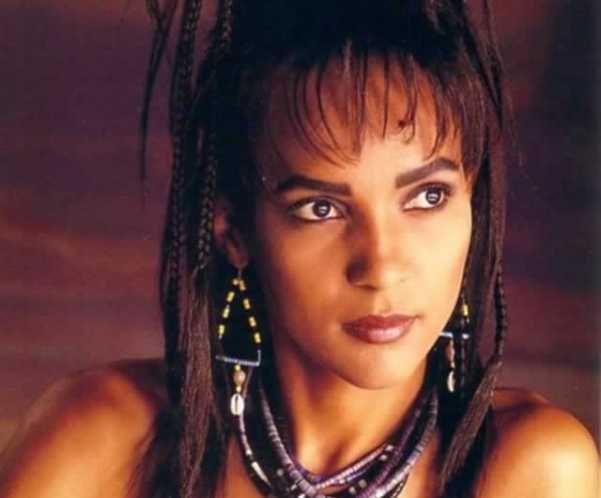 The Southern African region has produced many musicians who are of export quality and most of these have put not only the region but also the African continent on the world map.

Rozalla Miller, the diva who is now based in London to where she relocated to in 1998, is one ‘child’ whom two Southern African countries pride themselves in raising.

She was born on March 18, 1964 in Zambia to a Zimbabwean father and a Zambian mother, which means she went through the experiences of the two neighbouring countries.

Just like most of her contemporaries at the time, Rozalla started her music career at a tender age after some people identified her talent and encouraged her not to turn back.

Clubs became the seedbed for her talent as she would sing and dance to entertain patrons, while at the same time managing to earn a few dollars for herself, something which her age mates could not afford to do at the time.

Since her father was Zimbabwean, ties with her father’s relatives in that country were very strong, hence the decision to relocate to Zimbabwe in the 1980s.

And she continued with her passion, music.

It didn’t take the “new kid on the block” time to adjust to her new setting and surroundings since Zambia and Zimbabwe shared a lot in common.

Soon, Rozalla was working with a number of rhythm and blues (R&B) bands, most of whom were good on playing instruments but were in need of a good female voice to complement them. Rozalla’s stint with these bands, as well as her experience way back in Zambia, saw the singer starting her solo career which spawned a number of hits that went on to top the music charts in Zimbabwe, while in Zambia and other parts of the region, her fame was spreading.

In fact, the fame went beyond the African borders, and in 1988, Rozalla again moved, this time to London where she joined the group Band of Gypsies comprising of the talented duo of Tim Cox and Nigel Swanston.

In 1990, Rozalla’s break into the UK music scene came with the single “Born to Luv Ya” which became a club hit owing probably to her previous experience as a club artiste while still in Zambia in her youth.

But the biggest break came a year later when she released the world-renowned hit song, “Everybody’s Free” which caused a stir in the UK charts before storming other European countries where it made its way into the Billboard Top 40.

It was clear that the African girl whom two countries, Zambia and Zimbabwe sired, was indeed making an impact and was here to stay.

Her album, “Everybody’s Free”, which was inspired by the success of this single, which also carried two more hit songs “Faith (In the Power of Love)” and “Are You Ready to Fly” performed well when it went silver.

The late pop music icon Michael Jackson was something of the ‘demi-god’ of music and when Rozalla’s management and Wacko Jacko’s camp inked a deal which saw her touring with him across Europe on his “Dangerous” tour, her status as a musician was further raised.

She also performed alongside Billy Ocean in 2009 apart from making waves with some of her hit songs, some of which became motion-picture songs.

No doubt, Africa is proud of having one of its products who made such a mark on the international platform.