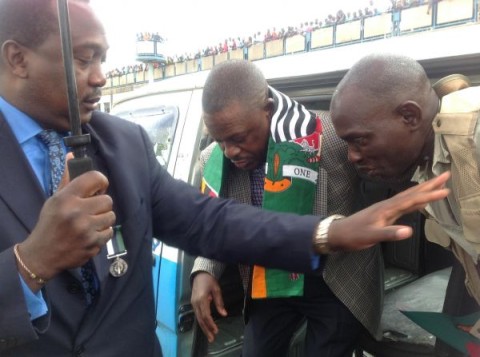 The duo had alleged that there were corrupt officials in the PF Government at the height of calls for Mr Kabimba to be removed as party Secretary General.

Mr. Sikota says Dr. Scott and Mr. Kabimba should step down if they fail prove their allegations of corrupt elements in the PF government.

Mr. Sikota says this is because both Dr. Scott and Mr. Kabimba have brought their colleagues in government into ridicule and shame by suggesting that there are alleged corrupt elements in the PF.

He says there is no way Dr. Scott and Mr. Kabimba can continue to comfortably seat in Parliament and Cabinet among alleged corrupt elements and carry on with their business as if all is well.

In an interview with Qfm, Mr. Sikota has observed if both Dr. Scott and Mr. Kabimba do not prove their allegations they would have brought their colleagues in government into ridicule and shame for no apparent reason.