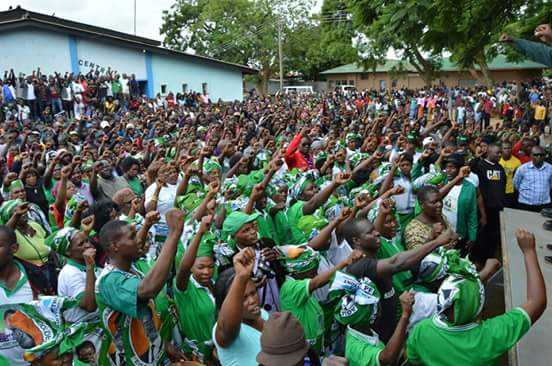 In an effort to show that the party is still intact despite the Member of Parliament quiting, the Patriotic Front has held A public rally in Matero constituency.
The PF wants to prove that Miles Sampa who quit the PF has no impact in the constituency.

Chama said President Lungu needed a five year mandidate. He urged the members to remain committed with the PF.