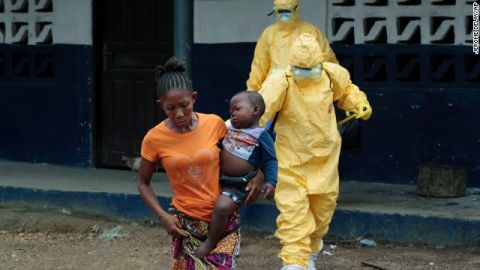 BBC — Dozens of people are being monitored in Mali after the country confirmed its first case of Ebola.

The patient is a two-year-old girl who recently arrived from Guinea, which along with Liberia and Sierra Leone has seen most of the 4,800 deaths.

The World Health Organization (WHO) said it was sending more experts to Mali to help contain the outbreak.

Separately, a New York doctor who recently returned from Guinea has tested positive for the disease.

With the latest case, Mali becomes the sixth West African country to be affected by the outbreak, although Senegal and Nigeria have since been declared virus-free by the WHO.

Malian authorities have now quarantined and are monitoring 43 people who have been in contact with the infected girl. They include 10 health workers.

The girl is being treated in the western town of Kayes.

She was brought to a local hospital on Wednesday and her blood sample was Ebola-positive, Malian Health Minister Ousmane Kone said.