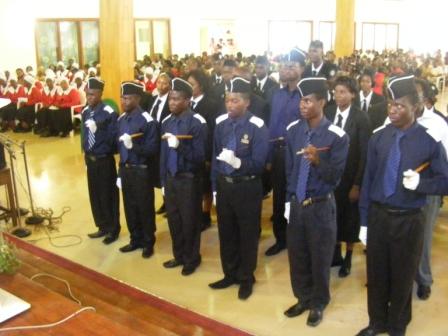 The accused appeared before magistrate Ireen Wishimanga yesterday and pleaded not guilty to all the five allegations levelled against him.

This is in a matter in which Mubanga Ntema, 37, of house number 32 Chilenje South Township and a businessexecutive is facing offences of uttering a bank statement to various bank officials and church mates, contrary to the Laws of Zambia.

In count one, the accused is charged with uttering a false document between July 1, 2012 and August 31, 2012 where he, with others with intent to deceive, did make a false document to Standard Chartered Bank (deposit) slip purporting to show that K21, 361 was deposited into the saint Andrews Church account number 0100160090300, when infact not.

In count two, Ntema is facing a charge of uttering, where he is alleged to have fraudulently uttered a false document to Standard Chartered Bank official Clara Mazimba knowing that it was false.

Particulars in count three involving forgery in which on the same dates the accused made a false document to the said bank purporting to show that the mentioned amount was credited into the church’s account, when infact not.

In the fourth count, Ntema allegedly knowingly and fraudulently issued a false document to Henry Silweye, a bank official, at the named bank.

In the last count, the accused, while being employed as an accountant on the same dates did steal the said monies on the same dates which he was given to deposit in the Church account domiciled at Standard Chartered Bank, Kabulonga branch.

The magistrate had set November 20 as the date for possible commencement of trial.