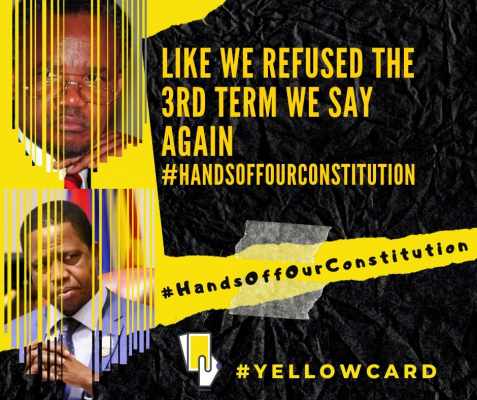 Today we have people that love their political parties and not the country. People who love political power and not political responsibilities. To them it’s about winning elections at any cost even if it means losing the country. They just want power and more power because at this point, it is the only thing that will keep them away from prison.

I have looked at the constitution amendment Bill and it’s really disturbing. The constitution is the Bible of a country if it is corrupted, then it legalises the corrupt behaviour of the people. In this case, the Patriotic Front want to use the constitution to legalise the illegal. The issue of the constitution is not a PF issue, it is a national issue and it is up to us the people to defend it. Their insistence on bringing the deputy ministers is stupid and retrogressive. The idea of coalition government in the event that there’s no outright winner is also backwards because our democracy is presidential. It is not parliament that decides who becomes president of the country but the people.