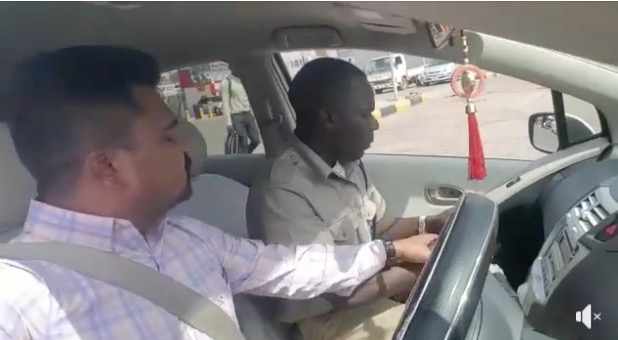 The traffic Police Officer in a video which has gone viral on social media in which he is seen harassing a motorist of Indian origin to point of threatening to beat him up has been arrested and charged with the offence of Common Assault contrary section 247 of the Laws of Zambia.

Ms Katongo says brief facts are that, when the victim, Devidas Rupnar aged 40, reached the junction of Lusaka’s Kalambo road and Freedom way at about 14:00 hours on Monday, 12th November, 2018, Constable Nkhoma ordered him to accompany him to the Police, but that the victim requested that the officer records his particulars so that he could report to the Police station later as he was rushing to the office.

She says this infuriated the officer who subsequently harassed the victim.

Ms Katongo says Constable Nkhoma has since been detained in police custody while the Police Command is also taking further administrative action against him.