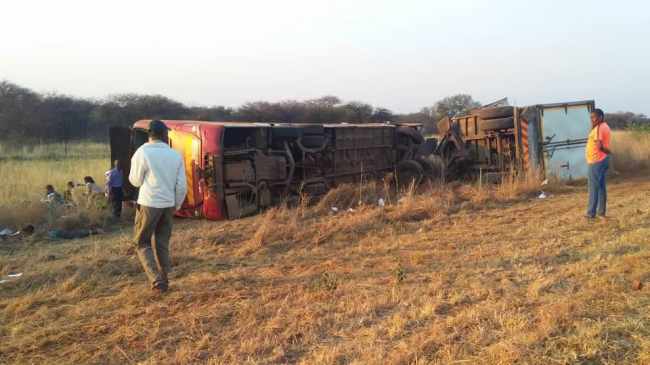 Special Assistant to the President, for Press and Public Relations Amos Chanda announced to the media last evening that President Edgar Lungu has declared a day of National Mourning for the victims of the Limpopo, South Africa road accident.

Mr Chanda said the victims, the majority from the Copperbelt, will be put to rest on a day to be announced formally by the Secretary to Cabinet who has been instructed by the President to communicate to the families of the victims.

Mr Chanda further said the President is disturbed by the tragic loss of so many lives in one incidence and wished the families of the victims nothing but God’s comfort and expressed hope that the families of the bereaved will be comforted by the entire Christian fraternity.

The accident happen in Mokopane in Limpopo Province in South Africa on the evening of 17th September, 2018. The bus is said to have lost control which lead to the bus over turning.

Mr Chanda spoke to media shortly before departure to New York, where the Head of State is joining other world leaders at the United Nations General Assembly. The President is expected back in the country on Friday.