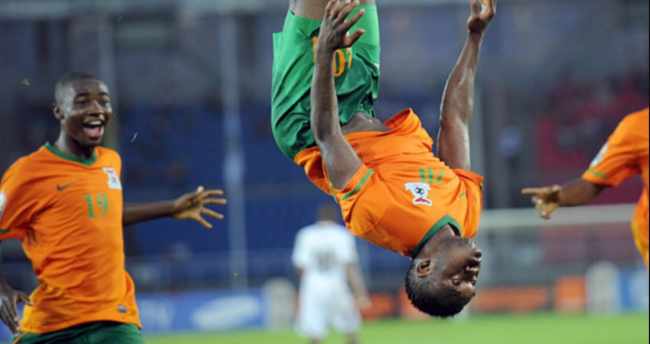 FAZ is set to announce a foreign coach to take over from Wedson Nyitrenda who it is believed will be sent for further coaching studies, sources have revealed.

The relationship between FAZ and Nyirenda has soured in recent times following the early exit from CHAN and the loss in the four nations tournament final last month.

It was further strained after Nyirenda refused to attend a technical committee meeting alleging that FAZ had already decided his fate with the latest being his name appearing on a list of applicants for the vacant Cameroon national team coaching job.

On Monday, Nyirenda, sports minister Moses Mawere and FAZ officials that included association president Andrew Kamanga had a meeting where it was resolved that the entire Chipolopolo technical bench be sent for further coaching courses.

The source also indicated that Nyirenda’s assistant Beston Chambeshi would take charge of the team at next month’s COSAFA senior challenge in South Africa.

“He is going, either today (yesterday) or tomorrow (today). FAZ will announce the engagement of an expatriate coach. It is a widely held view inside Football House that his [Nyirenda’s] heart is not here anymore,” the source said.

“So in the meeting with the minister, it was agreed that he be sent to school. But it is that time that another coach will be working since he will be out. And you see he has also made it worse by applying for another job when he is still in employment. So you will see even for the COSAFA, Beston will be with the team, but ultimately he will also go for training because again we want more local coaches trained in the expert knowledge. As it is, we have a very small pool of coaches to pick from. So an expatriate is coming with the task of qualifying and taking us to the AfCON 2019,” said the source.

The source said two foreign coaches have already been talked to and only a few details remain to be finalised before an announcement is made.

Nyirenda has been in charge of Chipolopolo in 26 matches winning 12, with seven draws and seven losses.
THE MAST