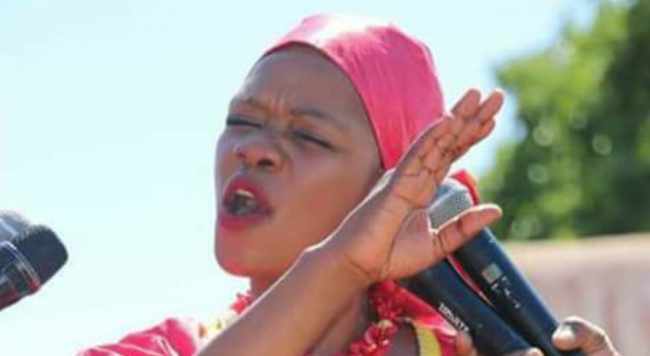 The United Party for National Development UPND says the government is not interested in dialogue.

Chairperson for Mobilisation and Strategy Sylvia Masebo says that from the time UPND leader, Hakainde Hichilema was released from incarceration, President Edgar Lungu has not made any serious attempts to engage in dialogue.

Speaking during a Political Hour Programme on Breeze FM last evening, Ms. Masebo further indicated that Mr. Hichilema has not broken any agreement over his release of there were no written conditions.

She indicated that although the UPND has put the matter behind them, they cannot forget that the incarceration was an abuse of power.

Ms. Masebo further accused the government of having failed to run the country’s economy, stating that Zambians are now facing untold misery.

The former Chongwe Member of Parliament condemned the system, which government used to handle street vendors following the outbreak of cholera stating that the vendors have been thrown into poverty.

Ms. Masebo charged that conflicting statements between Provincial Permanent Secretary Chanda Kasolo and Chipata Mayor, Sinoya Mwale in the handling the demolition of houses, is a clear example of a breakdown in government systems.

And speaking on the same programme, UPND Chairperson for Agriculture, Food and Water Development Levy Ngoma alleged that government has mismanaged the e-voucher system.

Mr. Ngoma, who is former Sinda Member of Parliament, dismissed allegations from PF, the Patriotic Front Party that the UPND has planted civil servants in the Ministry of Agriculture to frustrate the e-voucher system.

Mr. Ngoma promised good management system in the agriculture sector if the UPND wins the next general elections in 2021.
Choma Daily News