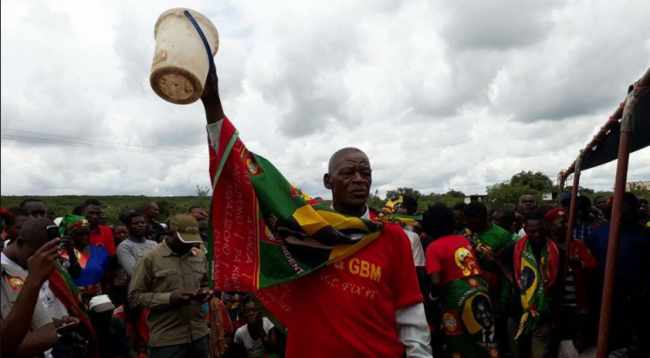 The United Party for National Development (UPND) is saddened by the Zambia Police’s biased decision to stop our planned card renewal exercise in Eastern Province which was initially slated for 10th and later on for 17th February 2018. The police claim that they have no manpower.

We wish to state that the position taken by the police is baseless as we do not need police presence for us to enjoy our rights to assembly and to association. We do not need police presence in order to enjoy our fundamental rights under the Constitution.There is already precedence in the case of Christine Mulundika and Others regarding the application of the Public Order Act, and all of us have to see to it that case law is relied upon as an important source of law in Zambia.

We also wish to point out that we always provide our own marshals to maintain law and order as provided for under the Public Order Act.

The police decision is also biased because at a time they are blocking us from visiting Eastern Province, they have allowed the Patriotic Front (PF) Secretary General Davies Mwila to go ahead and mobilise his party in the same province.

We have been vindicated on Edgar Lungu’s dictatorship and the break down in the rule of law in Zambia.

It is sad that fundamental rights and freedoms of citizens have continued to be violated at a time when the international community is facilitating a meaninful dialogue process in the country.

We are aware that Edgar Lungu and his PF are so scared of the UPND’s growing popularity.

Everyone, today ,knows that PF is finished and there is nothing remaining for them.

Even if they go to Eastern Province,the UPND has already penetrated that province.

The people of Eastern Province have suffered a lot especially the farmers who have been receiving agro inputs late. To add salt to injury, hospitals and clinics have no drugs. Poverty levels are extremely high.

The people of Zambia need food on the table and not the poor PF leadership which has plunged the nation into problems.

We urge the police not to fall into a trap of lawlessness and be influenced by ruling party cadres but to apply the law professionally because leaders come and go.