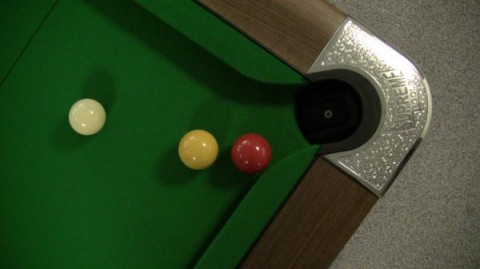 Mofya’s bronze medal win is an addition to the gold the national team won in the team event for Zambia to be crowned African Pool champions on top of the silver medal won in the speed pool event, which kick started the tournament.
The team arrived back home yesterday after enduring a long road trip from Blantyre from the week-long championships.
A haggard but excited Zambia Pool Union (ZPU) Secretary Victor Musonda expressed delight at the outing which has now put the country top in Africa for the first time.
Musonda said Mofya’s performance was exemplary throughout the tournament and that the feeling in camp was the he should have won a gold medal but that a bronze medal was a befitting reward for Zambia, who picked three medals from the event.
“Moses Mofya won a bronze medal in the singles event, all players who made the trip to Malawi entered the singles and ultimately, Moses was the sole survivor among the Zambian players who entered.
“Actually, after winning four straight matches and reaching the semi-final, Mofya was paired with a fellow Zambian Patrick ‘Burger’ Banda whom he defeated to reach the semi-finals where was defeated,” Musonda said.
Musonda added that Mofya was beaten by a Patrick Nyagusi of Tanzanian in the semi-final by the slightest of margins, going down 6-5 in the best-of-11 match (race-to-six), losing the decider after the two had tied 5-5.
Nyagusi went on to win a gold medal at the event and when Mofya was paired with a fellow losing semi-finalist, in a bronze medal match, the UTH Club player prevailed with a 5-2 win over Omary Akida of Tanzania to take the bronze medal.
In the first event of the championships-the speed ball pool shoot-outs, Zambia got to the finals of the competition but lost to South Africa to receive a silver medal before the tournament proper started.
The team event saw Zambia first beat Tanzania before facing hosts Malawi and then cleaned Lesotho and won itself a date with bitter rivals South Africa in the final of the team event in a grudge match.
And Zambia made light work of their opponents claiming the win, the gold medal and the African title with two games left on the table before the singles events that brought Zambia a bronze.