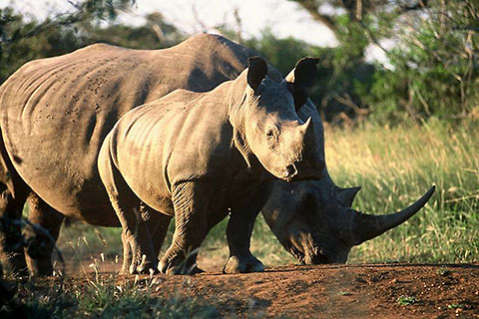 Tweet
The Peace Parks Foundation has facilitated the donation of an aircraft and hangar by Mr Neville and Mrs Pamela Isdell to the Zambian government through the Zambia Wildlife Authority (ZAWA).

Tourism and Arts Minister Sylvia Masebo received the donation on behalf of government and officially handed over the aircraft and the hangar to Sioma Ngwezi ZAWA on Wednesday.

Ms Masebo said that with the provision of the aircraft by Peace Park Foundation, the challenge of the area being vast and resources for patrolling the Sioma Ngwezi national park will now be history.

She said that apart from being utilised for Sioma Ngwezi national park, the aircraft will also be used for the operations in the Lower West Zambezi game management area.

Ms Masebo called upon all stakeholders, ZAWA, public and private institutions, traditional leaders, community resource boards, local communities, and the general public to jealously guard the aircraft and the hangar for the benefit of present and the future generation.

She thanked and congratulated Mr Neville and Mrs Pamela Isdell and all the development partners for having supported the Zambian component of the Kavango-Zambezi Trans-frontier Conservation Area (KAZA- TFCA).

Meanwhile, the Barotse Royal Establishment (BRE) also thanked Mr. Neville and Mrs. Pamela Isdell for the kind gesture of donating a very expensive helpful assert that will help in the patrols of Sioma Ngwezi national park.

Induna Ing’anduko, Mr Mubita Mulala of Kaunga-mashi Kuta in Shang’ombo district praised the government for prioritizing the needs of the people of Shangombo district.

He said that the BRE is also a partner in development and therefore are very delighted for the good deeds taking place in the province.

“This donation of an aircraft will go a long way in assisting the people of this area in conjunction with ZAWA in curbing the ever escalating illegal off-take of our natural resources,” said Induna Ing’anduko.

The BRE representative cautioned the ZAWA officials to take care of the aircraft as it is meant to assist them in their operations.

“Our God given natural resources should be guarded jealously so that we leave Silowana complex better that we found it for our future generation,” he said.

He urged the government through honourable Masebo to prepare Sioma Ngwezi national park and the surrounding areas to participate in the fourth UNWTO which is jointly hosted by republics of Zambia and Zimbabwe.