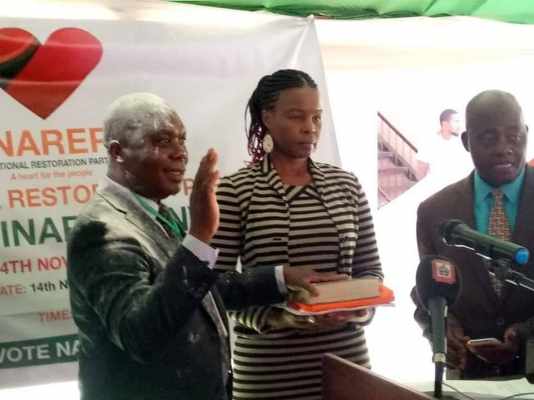 MUVI Television Owner Steven Nyirenda is the new opposition National Restoration Party (NAREP) Leader after the other candidate Maybin Kabwe withdrew his candidature for the role of Presidency at the NAREP extra ordinary convention.

Mr. Nyirenda takes over from Founder and first NAREP Leader Elias Chipimo Jnr, who stepped down a few months ago.