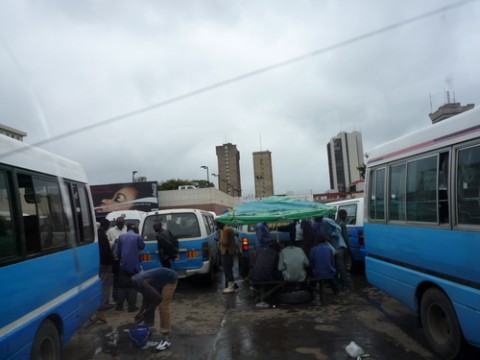 During a meeting this week, the bus operators requested to vary their current Road Service Licences (RSLs) by making adjustment of bus fares as stipulated under the Road Traffic Act No. 11 of 2002.

Thus the desired increase have been effected after approval by all concerned stakeholders including the Ministry of Transport and Communications.

The move is in line with the conditions under which the Road Service Licences (RSL) are granted. Subsection 12 (d) of Section 108 of the Road Traffic Act No. of 2002 underscores that a person applying for a road service license, and a holder of such a licence applying for its variation, shall submit to the Director the rate of fares of the proposed services.

Therefore, following the said meeting, the bus fares have been increased effective 1st March 2018 as follows:

All long distance routes by 10 percent;

Inter town and Peri-urban routes (Copperbelt province and other towns) by 10 percent or K2.00;

Within town routes (Lusaka Province) 10 percent or by K1.00; and

Within town routes (Copperbelt and other towns) by 5 per cent or K0.50.

The position was arrived at following the increase in the fuel pump price last year in August and in February this year.