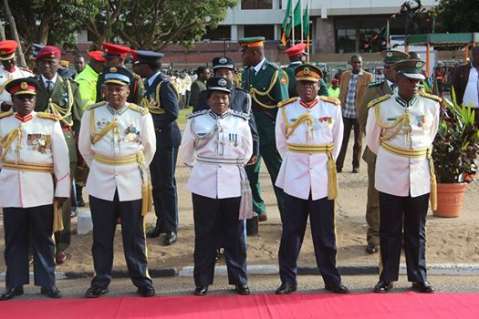 Today we remember with pride and gratitude the great sacrifice of those who fought bravely for our political freedoms in the past.

Destructive, violent and persecutory actions now threaten this most precious of inheritances. The fight for freedom is still very much alive and we cannot afford to be complacent.

The current environment of intimidation and provocation, which has seen our campaign materials violently torn to pieces, does not look like freedom, irrespective of your political affiliation. The arrest of opposition political leaders for long periods before establishing the charges and receiving the complainants is not freedom. Meanwhile, PF supporters and officers caught on camera committing criminal acts remain unpursued. Furthermore, pressure on state broadcasters, attacks on journalists, cancelled opposition media appearances and heavy handed application of the colonial Public Order Act all mean that today in Zambia freedom of expression is under threat. This is not the vision the Organisation of African Unity (OAU); now African Union (AU) had in mind when it was created on this very day.

In addition to this, we as UPND are asking what is political freedom without economic freedom? With political freedom you can vote once every five years but without jobs and access to training and business opportunities, as well as basic healthcare, clean water and sanitation the majority will remain impoverished. This is why the UPND’s 10 Point Plan is focused on delivering economic liberation for all Zambians.

Our Plan to fix it includes a focus on good governance because we understand that good governance, including the protection of human rights and observance of the rule of law, is the foundation for all social and economic development and progress. Let us vote for real freedom on 11th August 2016.

Have a blessed Africa Freedom Day.