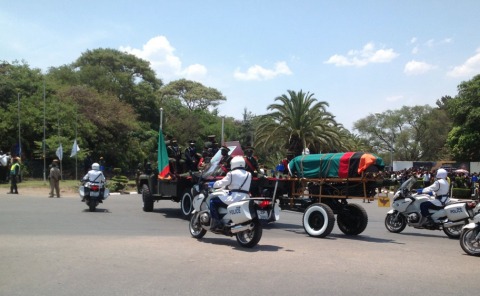 The late Head of State will be buried next week on Tuesday 11th November at Embassy Park the presidential burial site in Lusaka.

Addressing a media briefing in Lusaka today, Foreign Affairs Minister Harry Kalaba says this is an indication that President Sata was loved across the continent.

He adds that Chairperson of the African Union Commission Dr. Nkosazana Dlamin-Zuma will also attend the burial of the late President.