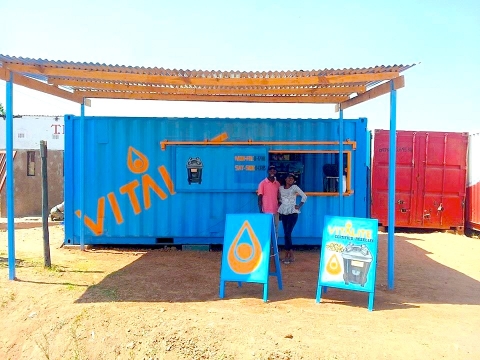 In the last week of August this year, VITALITE presence could be found in every corner of the Ng’ombe Compound in Lusaka. Throughout the week, several stove demonstrations were held throughout Ng’ombe at the markets, by the clinic, at the VITALITE Sales Hub and even at maternal health and child check-up zones.

The day began with a march-past led by a brass band from Foxdale Court, past the VITALITE Sales Hub and through to the Ng’ombe Sports Grounds – where drama, dancing and stove demonstrations took place. Overall, around 80 people attended the event.