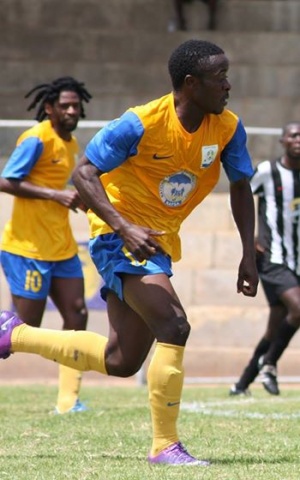 Power Dynamos’ lead at the top of the MTN FAZ Super League was cut to one point after they were held to a 1-1 draw in a week eight fixture at home to Red Arrows and Zanaco defeated Kabwe Warriors 3-0 to move into second place with a game in hand.

Richard Kasonde gave Dynamos an early lead from a free header but it was cancelled out in the 85th minute by Stanley Nshimbi who levelled from the penalty spot after Nyambe Mulenga had fouled Lubinda Mundia in the area.

The result means that Dynamos (18 points) are without a win in their last three matches all of which have been drawn. The result also means that 2012 champions Zanaco (17 points) could take leadership of the standings should they win their game in hand against Nkana.

Napsa Stars recovered from their loss to Indeni last week with a comfortable 2-0 victory away to Konkola Mine Police thanks to brace by White Mwanambaba.

Zanaco recorded the biggest win of the day thanks to goals by Moses Phiri, Rodrick Kabwe and substitute Boyd Mwangelwa as the brushed aside Kabwe Warriors 3-0 at Godfrey Chitalu Stadium in Kabwe.

At Nchanga Stadium in Chingola, Elson Mkandawire scored a brace as Konkola Blades humiliated Nchanga Rangers via 3-1 victory. Blades took the lead in the 4th minute through Mkandawire and 12 minutes later the advantage was increased when Francis Simwanza found the back of the net with an effort outside the area. Mkandawire completed his brace in the 75th minute before Martin Daka scored the consolation goal for the hosts three minutes later. The result left Rangers without a win in six matches while Blades recovered from their 2-1 loss to Nkana in midweek to record their fourth win in five matches.

Roan United picked up maximum points for the first time this season as they won 1 – 0 away to Nakambala Leopards while an own goal by Brian Kabwe condemned Green Eagles to a 1-0 defeat away to Green Buffaloes.