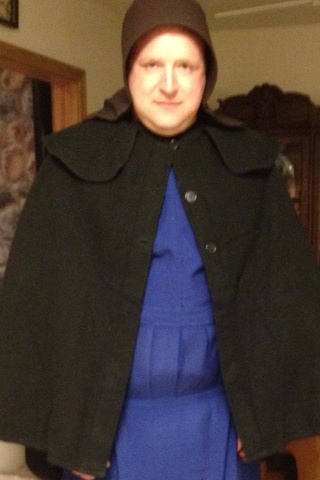 A male western Pennsylvania police officer has been dressing as an Amish woman to try to scare off a man suspected of exposing himself to Amish children.

Pulaski Township Sgt. Chad Adams says he got help from a female officer in Wampum, who also went undercover. The Amish who live in Lawrence County, along the Ohio border, don’t want their children to have to testify in court and agreed to lend the police women’s bonnets, aprons and dresses to catch or scare away the suspect.

Adams says police weren’t able to charge the man for a lack of concrete evidence, but believe he’s the same person sentenced to house arrest in January for similar incidents in neighboring Mercer County.

He recently disclosed the investigation now that the incidents have stopped.

Adams said the Amish were “not at all” concerned about his cross-dressing methods, despite their conservative beliefs.

Adams said the suspect, whose car was seen in the area but who was never caught in the act of exposing himself in his township, is due to be released from house arrest soon.

“I figured if I put this out there, maybe it would deter him or others from even considering doing this in the future,” Adams said.