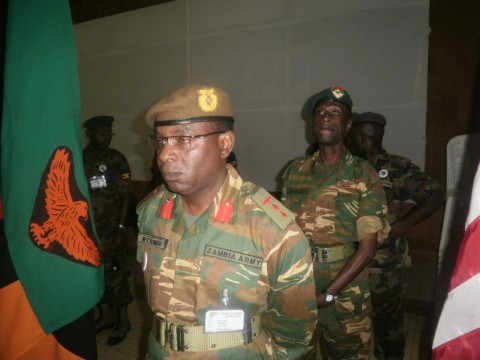 Mr. Lungu says a team of security experts are studying the development and will advise government in due course whether or not to deploy troops there.

Mr. Lungu has told ZNBC news in an interview that the government will continue to monitor the situation.

Mr Lungu however says the challenge is that the crimes are being committed on the Congolese side not the Zambian side.

He says government through the ministry of home and foreign affairs will engage the Congolese government over security concerns at the border.

And Home Affairs Deputy Minister, Steven Kampyongo says he regrets the shooting of Zambian truck driver in the Democratic Republic of Congo.

Mr. Kampyongo says it is unfortunate that the recent incident comes at a time when Zambia and DRC where making headways in resolving security concerns at Kasumbalesa border.

Mr. Kampyongo said this in an interview with ZNBC news in LUSAKA.

He says the matter was also discussed when President Michael Sata visited the DRC recently.

In February this year, two truck drivers one from Zambian and other from Zimbabwe were shot dead in Congo.

In June 2012, a Zambian truck driver Derrick Chanda was burnt to ashes by Congolese nationals.