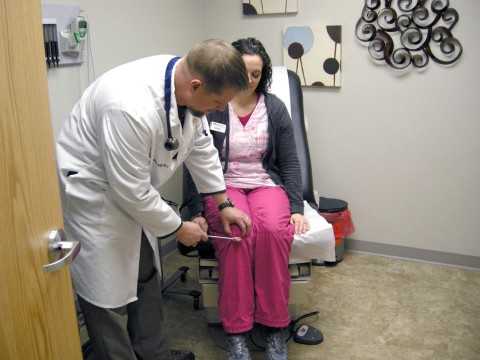 Medicare paid a tiny group of doctors $3 million or more apiece in 2012. One got nearly $21 million.

Those are among the findings of an Associated Press analysis of physician data released Wednesday by the Obama administration, part of a move to open the books on health care financing.

AP’s analysis found that a small sliver of the more than 825,000 individual physicians in Medicare’s claims data base — just 344 physicians — took in top dollar, at least $3 million apiece for a total of nearly $1.5 billion.

AP picked the $3 million threshold because that was the figure used by the Health and Human Services inspector general in an audit last year that recommended Medicare automatically scrutinize total billings above a set level. Medicare says it’s working on that recommendation.

About 1 in 4 of the top-paid doctors — 87 of them — practice in Florida, a state known both for high Medicare spending and widespread fraud. Rounding out the top five states were California with 38 doctors in the top group, New Jersey with 27, Texas with 23, and New York with 18.

In the $3 million-plus club, 151 ophthalmologists — eye specialists — accounted for nearly $658 million in Medicare payments, leading other disciplines. Cancer doctors rounded out the top four specialty groups, accounting for a combined total of more than $477 million in payments.

The median payment — the point at which half the amounts are higher and half are lower — was $30,265.

AP’s analysis focused on individual physicians, excluding about 55,000 organizations that also appear in the database, such as ambulance services. None of those entities was paid $3 million or more.

The Medicare claims database is considered the richest trove of information on doctors, surpassing what major insurance companies have in their files. Although Medicare is financed by taxpayers, the data have been off limits to the public for decades. Physician organizations went to court to block its release, arguing it would amount to an invasion of doctors’ privacy.

Employers, insurers, consumer groups and media organizations pressed for release. Together with other sources of information, they argued that the data could help guide patients to doctors who provide quality, cost-effective care. A federal judge last year lifted the main legal obstacle to release, and the Obama administration recently informed the American Medical Association it would open up the claims data.

“It will allow us to start putting the pieces together,” said Dianne Munevar, a top researcher at the health care data firm Avalare Health. “That is the basis of what payment delivery reform is about.”

Doctors’ decision-making patterns are of intense interest to researchers who study what drives the nation’s $2.8-trillion-a-year health care system. Within the system, physicians act as the main representatives of patients, and their decisions about how to treat determine spending.

The American Medical Association, which has long opposed release of the Medicare database, is warning it will do more harm than good.

The AMA says the files may contain inaccurate information. And even if the payment amounts are correct, the AMA says they do not provide meaningful insights into the quality of care.

“We believe that the broad data dump … has significant shortcomings regarding the accuracy and value of the medical services rendered by physicians,” AMA president Ardis Dee Hoven said. “Releasing the data without context will likely lead to inaccuracies, misinterpretations, false conclusions and other unintended consequences.”

The AMA had asked the government to allow individual doctors to review their information prior to its release.

Over time, as researchers learn to mine the Medicare data, it could change the way medicine is practiced in the U.S. Doctor ratings, often based on the opinions of other physicians, would be driven by hard data, like statistics on baseball players. Consumers could become better educated about the doctors in their communities.

For example, if your father is about to undergo heart bypass, you could find out how many operations his surgeon has done in the last year. Research shows that for many procedures, patients are better off going to a surgeon who performs them frequently.

The data could also be used to spot fraud, such as doctors billing for seeing more patients in a day than their office could reasonably be expected to care for.

Medical practice would have to change to …