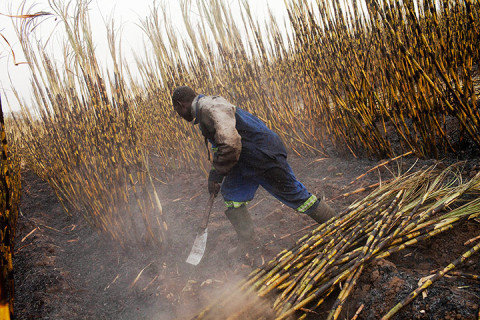 THE Government has signed a Memorandum of Understanding (MoU) with Zambia Sugar to facilitate the negotiations for an off-take contract for ethanol production, aimed at mitigating the high cost of fuel.

“Yes! I would like to confirm to you that we have signed a Memorandum of Understanding with Zambia Sugar for the establishment of an ethanol plant,” Ms Mwansa said in an interview in Lusaka.

Last year, the Government announced that it would engage Zambia Sugar to set up an ethanol plant in an effort to reduce the escalating prices of fuel.

In a separate interview, Zambia Sugar managing director Aubrey Chibumba said the MoU established the basis for the negotiation with the Government on how much ethanol the company was required to produce and at what price it would be sold.

“The MoU establishes the framework which allows us to negotiate for an off-take contract with the Government in terms of how much ethanol we can produce and what sort of pricing we can expect before the construction of the plant begins,” Dr Chibumba said.

This will guarantee a market for future production of ethanol and improve chances of getting the necessary financing for the construction of the plant and installation concerned.

He was confident that the signing of an agreement with the Government would allow the firm to negotiate the details of the off-take contract.

“And the Government may be interested that we produce this ethanol as cheaply as possible. We have to understand certain things we are doing and allow all those discussions to take place and be concluded,”

Dr Chibumba said currently, it was difficult for the company to set up ethanol plant until the policy issues were resolved, saying the MoU had set the tone for the discussions.

“We are in the early days; we still have policy issues that need to be resolved. We are doing the technical issues right now. We will have all our numbers in terms of the total cost, what the value addition to the economy is going to be and the numbers will be ready by June next year.

“The board will be expected to make a decision by November this year, at that point we will be in a position to begin ordering the necessary equipment with the view to start erecting the plant sometime in 2016. We hope to start full production by 2017, assuming everything goes right,” Dr Chibumba said.