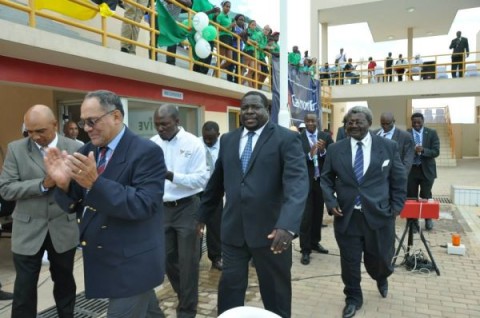 Tweet
PATRIOTIC Front (PF) national youth chairperson, Chishimba Kambwili has advised opposition MMD president Nevers Mumba to seek deliverance from God instead of attacking President Michael Sata and the Government which is on course in delivering on its campaign promises.

Mr Kambwili said the PF Government had set the stage for national development through the construction and rehabilitation of roads, and that it was unfortunate that Dr Mumba had paid a blind eye to such projects.
He said this in reaction to Dr Mumba’s media reports that President Sata and the PF should seek forgiveness from Zambians for allegedly failing to deliver on the 2011 election campaign promises.
He said Dr Mumba should instead apologise to the Zambian people for abandoning the pulpit and for allegedly destroying the MMD.
Mr Kambwili, who is Youth and Sport Minister, said the PF Government had put up massive infrastructure throughout the country, including in rural areas.
“Dr Mumba is pretending not to see the developments taking place, he needs deliverance. Even the Bible tells us that we should not remove a plank from someone’s eye before removing it from ourselves,”  he said.