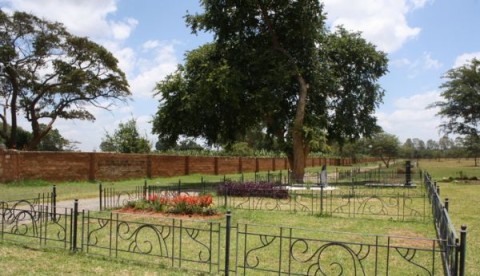 Tweet
SCORES of sports personalities yesterday gathered at the Cathedral of the Holy Cross to pay their last respects to Sports Council of Zambia (SCZ) board member Ian Mbewe, who was put to rest at the Memorial Park Cemetery in Lusaka.

Rally drivers, who included African champion Mohammed Essa and former ARC winner Muna Singh, came in their rally vehicles to give Mbewe a sporting send off in a convey as his body was taken to Memorial Park for burial.

And SCZ chairperson Chifumu Banda said, Mbewe, 44, who died in the early hours of Friday at the University Teaching Hospital (UTH) after suffering a stroke, was dedicated to his work as evidenced by proper accounts system he put in place.

Banda said the SCZ can today produce management accounts without sweating because of the measures Mbewe put in place that changed things.

”There were concerns raised by the Auditor General concerning out accounts but he (Mbewe) managed to put certain measures in place to ensure that there was a proper accounting system. Our accounts are now audited and it would be difficult to find a replacement,” he said.

Zambia Motor Sports Association president Marco Commana said his association would greatly miss Mbewe’s contribution. Mbewe served as ZMSA treasurer before joining the SCZ as an elected member in 2010 where he was appointed finance committee chairman and was re-elected during last year’s annual general meeting.

A wife, Brenda, and four children survive him.