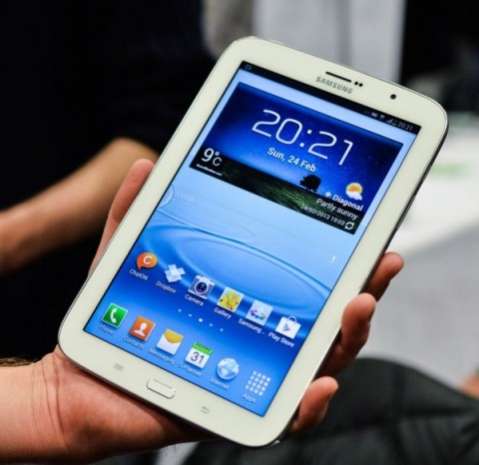 Tweet
The Galaxy Note 8 — it’s the next logical step in Samsung’s ongoing Note saga, and it finally launched in Barcelona. We spoke with Nick DiCarlo, VP of Product Planning for Samsung mobile, about the company’s latest tablet. He mentioned that the voice capability, which is a very polarizing feature for some, was a common request among customers. It’s unclear if the US carriers will keep this functionality intact, but he suggested that you, dear readers, might be able to sway them by emailing in. We discussed some of the Note 8’s other selling points, such as the S Pen-sensitive buttons (finally!) and the IR blaster, which we think is located in the wrong place (the right edge instead of the top) — possibly the result of Peel’s landscape-centric remote control app. Design was an other area we touched upon, and something we feel Samsung’s been complacent about this past year. Materials and build quality just don’t do the company’s products justice, especially on flagships like the Galaxy S III and Note devices. Mr. DiCarlo acknowledged our concerns but pointed out that the entire Galaxy line is light, thin and durable, something everyone wants in a quality smartphone or tablet. Let’s see what the Galaxy S IV brings to the table, right? Until then, watch our video interview after the break.
(adsbygoogle = window.adsbygoogle || []).push({});