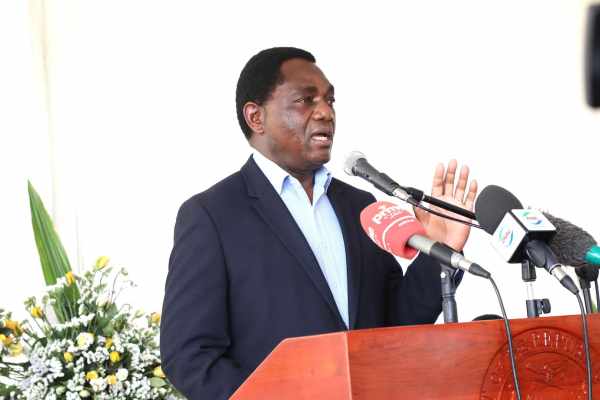 Government’s ongoing fight against corruption is not targeted at anyone or any tribe as has been alleged by some in political circles, President Hakainde Hichilema has said.
Addressing members of the labour movement who paid a courtesy call on him at State House today, 12 November 2021, President Hichilema said the anti-corruption crusade is aimed at recovering money that was plundered and channel it into development areas.

He added that the anti-corruption efforts were focused on recovering stolen assets from a few individuals that were involved in plundering resources.
The anti-corruption efforts have resulted in the arrest of some Members of Parliarment from the opposition Patriotic Front, prompting that camp to claim that the arrest were tribal in nature.
More http://www.znbc.co.zm/news/hh-meets-zctu/?fbclid=IwAR3VXT7UEPJuPUbRuWlcHrAssZLWL8M-UqSc7VARriPhjwyXK20JYkJxHPQ