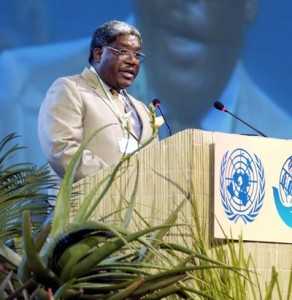 And Mwale says UPND should have used plan B when its candidate Dr Faustin Banda pulled out of the Kasenengwa race.

Last Sunday marked the 10th anniversary since Mwanawasa’s passing away.

Mwale, who served as FDD member of parliament from 2001 to 2006, said Mwanawasa faced the numerous challenges and sacrificed as the challenges demanded.

“If you look at Mwanawasa’s leadership, one wishes he should have been given extra time to live. I have always been a fan of Mwanawasa despite that when he was in power I was in parliament. I wasn’t condemning him; I was condemning the system as it was, as he found it. And I think he was taking steps to try and correct the scenario and this can be confirmed by him bringing the issue of removal of his predecessor’s [Frederick Chiluba] immunity to parliament,” Mwale said.

He said Mwanawasa was magnanimous enough to bring the issue of the removal of immunity of the person who gave him the job.

“I was a lead debater on that issue and [we] removed the immunity. That speaks of a man, that defines a rarity of a man. May his soul rest in peace. The current leaders should emulate Mwanawasa by being magnanimous enough to accept and recognize a wrong when it occurs and to deal with it for the sake of the people, for the sake of the nation,” Mwale said.

He said Mwanawasa put personal interest aside and the interest of the general public first.

“Mwanawasa mentioned that he saw the country taking a new direction and I agree that the country had begun to take a new direction, that’s why I am saying he needed to be given another five years by God. This country was going to be somewhere else,” Mwale said.

He wondered whether the MMD and the current one had built on the gains of Mwanawasa.

“That’s what we need to ask ourselves, if they have, let them show proof. If they haven’t let them be like Mwanawasa, be magnanimous enough and say ‘I think we are not getting the drive and let’s get the right people into the job. Issues like these are by-partisan, it’s not about opposition, it’s not about the ruling party, it’s about the nation because the interest of the opposition and the ruling party is the well-being of our people – it’s the development of our country,” Mwale said. “Now statisticians are there, they will give us the indexes about where we are on the poverty levels, on issues relating to social and economic emancipation. If the answers are positive well and good, if they are negative let us not pretend or sugarcoat. Let us accept that we have made a mistake and we must aim to correct our mistakes. That way the country can move forward.”

And Mwale said the UPND should have had a plan B to ensure it did not miss out in Kasenengwa.

The UPND has not fielded a candidate in the Kasenengwa parliamentarian by-election after its adoptee Dr Banda pulled out in the last minute.

Mwale said the failure by the UPND to participate in Kasenengwa was not good for the country’s democracy.