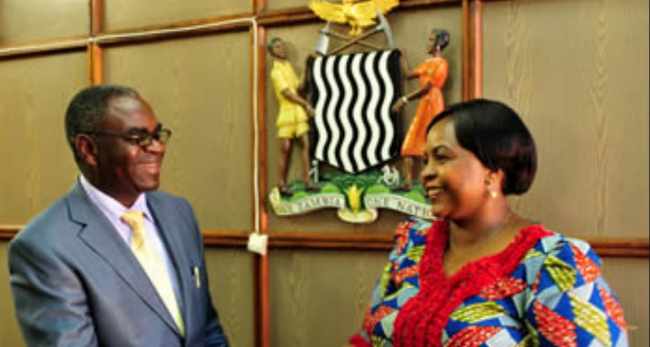 The United Party for National Development UPND in Kasempa has accused former area lawmaker Kabinga Pande of fueling violence in the Kanongo ward bye election owing to his insatiable appetite to remain politically relevant in the eyes of the PF.

Mr Lubumba cited the attacks on the UPND campaign camp at Kamakanga polling centre on Saturday 7th April 2018 as one such which is fueled by the two PF members who are using violence as a way of winning the vacant seat.

He said the attacks were uncalled for but just went to show that the PF in the area was failing to attract people in their campaigns owing to the number of unfulfilled 2016 campaign promises.

“We as the people of Kasempa and Kanongo in particular have great respect for Hon Kabinga Pande as our immediate past MP.But his actions ever since he joined the PF are a source of concern.Him and Victor Kayekesi who are the two leading PF figures in their campaign team are trying hard to remain relevant in this election.One thing they however forget is that the PF had for 2 years until now abandoned the people of Kanongo,” he said.

“It takes us 5 hrs to move from town to Kanongo which is only 50 kilometres from the the Kasempa CBD owing to the desperate state of our road network.People here are angry with the PF and it’s failed promises making it difficult to trust them.This is why these people (PF ) are having serious challenges in mounting a civil campaign opting to resort to violent acts such as attacking our camp,”Mr Lubumba who is also the Kanongo campaign manager added.

The constituency chairman who by press time was at Kasempa police station giving testimony following the Kamakanga clashes in which a UPND district security official Hastings Mufwaya sustained injuries appealed to Mr Pande to engage into a battle of wits and not fights in order to retain the people’s respect.

” I can however assure you that as the UPND we are ready and we shall retain our Kanongo seat because the people have hope and belief in our developmental agenda and policies.We have never let them down.Working with our MP Brenda Tambatamba,I can safely say Kanongo is ours.Our colleagues have completely failed to put up a serious challenge thus resorting to violence”.

Mr Lubumba has since appealed to the police command to ensure that peace and order is restored in the April 24th ward election as apathy levels would be high unless the terror of fear campaign embarked on by the PF is brought to a permanent end.

According to information from Kanongo,a district commissioner from Zambezi who has recently joined the campaign team has allegedly removed the plate number from his official government vehicle and replaced it with ATB 719 belonging to the Veterinary office contrary to the elections act.

The UPND is fielding Titus Nsakilwa in the ward election which fell vacant after the deployment of the incumbent into the teaching service.