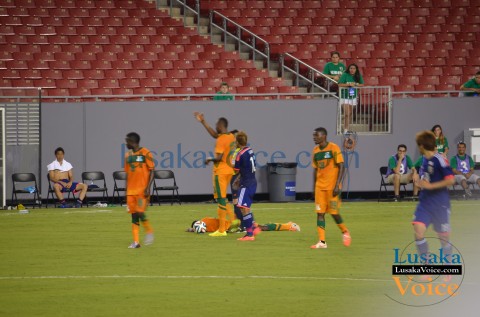 On a sultry June evening last year in Recife, Brazil, it was hard to tell which side were the four-time World Cup champions and which the footballing outsiders who had never tasted global glory.

Japan were confounding the Italian defense with precision passing, fast-paced attack and surprising flair. By the 40th minute Japan was up 2-0 at the Confederations Cup on goals by Europe-based stars Shinji Kagawa and Keisuke Honda.

Then it all fell apart.

Baffling defensive errors, including an almost comical own goal, got the Italians back into the match — which they went on to win in a 4-3 thriller.

The contest points to the somewhat ambiguous legacy of Japan’s Italian manager Alberto Zaccheroni, a grand seigneur of Serie A who won the Italian league in 1999 with AC Milan.

Under Zaccheroni, Japan have cured the curse of being clueless before goal, and honed a pulsating, entertaining attacking style — but also shown sudden frailties in a defense that had long prided itself on its discipline.

Hints into the reversal may lie in Zaccheroni’s Italian years.

In Serie A, Zaccheroni was an atypical tactician: Attack-minded in an almost stiflingly defensive and conservative league, he developed a goal-getting strategy that relied on three (rather than the usual four) defenders, which was thrilling to watch but bad for the blood pressure.

Zaccheroni never matched the triumph of winning the “scudetto” in his first year at AC Milan, and his spotty record in Serie A also roughly parallels Japan’s own inconsistency under his watch.

The Japan coach spoke of the need to make “final improvements” after touching down in Brazil on Saturday on the back of another spotty performance in the team’s warm-up match, a last-gasp 4-3 win against Zambia. Japan captain Makoto Hasebe gave a more candid assessment speaking to reporters on the tarmac of Viracopos Airport: “Physically the condition is very good, the rest is the mental part … and making it ready as a whole team.”

“In these past 20 years, I’ve seen Japan ever since they started playing in the World Cup as a good squad. A good squad, very organized, with good players — with the problem of the goal,” said Paolo Condo, the lead international football writer for Italy’s Gazzetta dello Sport. “Zaccheroni made it his mission to succeed in producing goals with this team.”

Zaccheroni has not tried to implement his unorthodox 3-4-3 formation with Japan, instead applying his overall philosophy of fast-paced, fluid attack.

If Japan can overcome defensive naivety, they will give some better teams a run for their money. It helps that Japan have real talent up front with the likes of Manchester United’s Kagawa and AC Milan’s Honda.

Striker Shinji Okazaki had a breakout year with his Bundesliga side Mainz, scoring 15 goals this season after many hapless years in international football.

And Japan is a team whose players know one another very well, with their core unit largely unchanged from the last World Cup.

Japan’s string of mediocre results in the past year-and-a-half may be slightly deceptive.

After losses against Belarus and Serbia in October last year, they went on to draw with the Netherlands and beat Belgium in November on opponent turf.

Those last two games revealed a quality that has often eluded the Japanese side: the determination — or “grinta” as the Italians like to say — to fight back from behind. In both matches, the Japanese revived their fortunes with stylish, level-headed football after going a goal down. Such character may prove vital if Japan is to have any chance of achieving their dream of reaching the World Cup quarterfinals.

Japan’s Brazilian adventure is also helped by the fact that they have drawn a relatively weak group, facing Ivory Coast, Greece and Colombia. It means that they won’t be forced into fortress mode against a footballing giant such as Argentina in the hopes of eking out a draw. They can be expected to play the positive, at times even joyous, football that they have found under Zaccheroni.

And Japan’s problems in the past couple of years may be a question of consistency rather than tactical misjudgment.

The key question, says Japan-based football writer Andrew McKirdy, is which team turns up in Brazil: “The good Japan or the bad Japan?”

At the World Cup, look to the Blue Samurai to entertain, confound — and possibly surprise.