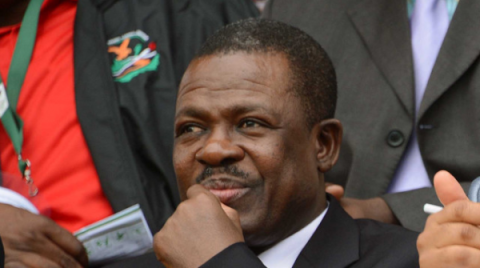 Minister of Justice Wynter Kabimba says his ministry will only release the draft Constitution to the public after seeking Cabinet authority.

Speaking during a Constitution Summit organized by SACCORD in LUSAKA yesterday, Mr Kabimba said he will have to wait on Cabinet to authorize him on when to release the document.

He said more debate will be allowed on the draft constitution upon its release to the public.

Meanwhile, SACCORD board chairperson Nkolola Wakumelo said dialogue over the constitution must be promoted at all cost.

Dr Wakumelo said the forum was one of the platforms organized to kick off dialogue of the Constitution-making process.