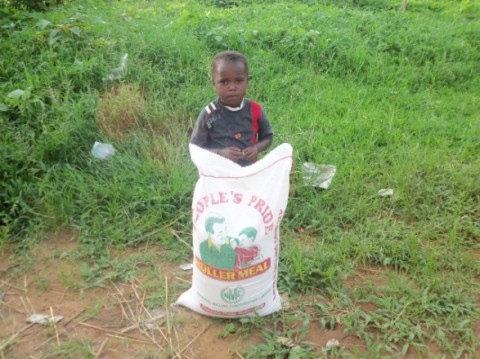 Tweet
GOVERNMENT has with immediate effect banned the export of mealie-meal.

The move follows recent reports that mealie-meal prices have been sky-rocketing in various parts of the country.

Meanwhile, the Food Reserve Agency (FRA) has started off loading 50,000 tonnes of maize to registered milling companies to stabilise the price of mealie meal.

Agriculture and Livestock Minister Robert Sichinga announced the ban in a statement released in Lusaka yesterday.

Mr Sichinga also announced that the Government had with immediate effect lifted the ban on the export of maize bran and wheat bran.

He said the measure was aimed at cushioning the millers arising from the anticipated reduction in mealie-meal prices.

He said the Government was concerned about reports of rising mealie-meal prices in some parts of the country and advised members of the public not to panic.

He said the decision to effect the mealie-meal and maize export ban was arrived at after lengthy discussions between Millers Association of Zambia (MAZ), Grain Traders Association, Zambia National Farmers Union (ZNFU) and Government.

Mr Sichinga said Government would also significantly scale down the quantity of maize export commitments on a government to government basis.

“The FRA has been instructed to immediately release 50,000 tonnes of maize onto the market and more maize will be released if necessary, to ensure demand is met and to maintain a stable price, to be sold at K1,700 per metric tonnes along the line of rail and K1,600 elsewhere,” he said.

Mr Sichinga emphasised that Government would always have enough maize in the country to ensure national food security and stabilise the mealie-meal price.

“As the Minister responsible for the country’s food security, I wish to take this opportunity to inform the public that this is the official position of Government on mealie-meal prices and food security situation,” he said.

And FRA spokesperson, Daniel M’soka said he could not state how much maize had been off loaded so far because the exercise had just started.

“We will be able to give correct figures by Monday we have just started today (yesterday), said Mr Msoka.

Retailers in some parts of the country have hiked mealie-meal prices by between K5 and K10 per 25 kilogramme bag.