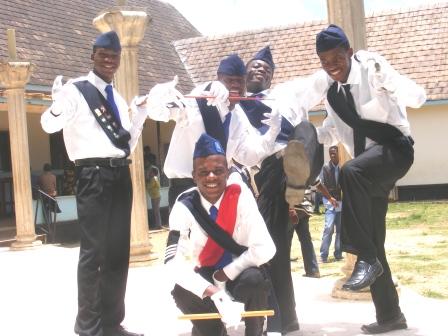 Mr Silomba says particulars of the offence are that Mubanga Ntema whilst still employed as Accountant at St Andrews UCZ Church on dates unknown but between 1st July, 2012 and 31st August, 2012 did steal K21,361.00 church offerings collected on 1st July, 2012 which he was given to deposit in St Andrews UCZ Church account domiciled at Standard Chartered Bank Kabulonga branch.

Mr Silomba says Ntema forged a deposit slip and bank statement as proof of deposit to deceive the church that the deposit was done when in fact not.

And in a related development, the Commission has arrested a 28 year-old man of Lusaka for forgery, uttering of false documents, impersonation and attempting to obtain goods by false pretences.

Mr Silomba says Victor Zyambo, 28, of 133/13 B Kanyama Compound, jointly and whilst acting with other persons unknown on dates unknown but between 30th September, 2013 and 2nd October, 2013 did forge a cheque amounting to K60, 000 and a Purchase Order in the name of World Vision Zambia and attempted to obtain 300X50kg bags of flour from Royal Flour Milling Company using the forged documents.

He says Zyambo further pretended to be an official of World Vision when in fact not.

The suspects will appear in court soon.