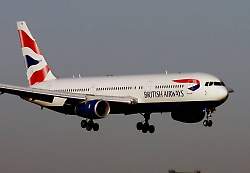 After almost four decades of flight services to Tanzania, British Airways (BA) pulled its flight services between London Heathrow and Tanzania’s capital city of Dar es Salaam over the weekend for what has been described as failure to operate profitably.

British Airways, among the long-serving, European-registered airlines to Tanzania, has announced that it is suspending its service from London’s Heathrow Airport to Dar es Salaam, and closed its business in Tanzania on Easter Sunday, March 31, 2013. Several stakeholders and economic analysts interviewed in Dar es Salaam have said the move will likely lead to a loss of revenue and other social benefits to Tanzania.

According to the statement, customers booked to fly with British Airways after March 31 will be offered a full refund or be rebooked onto flights to or from Nairobi in Kenya, Entebbe in Uganda or Lusaka in Zambia. The airline has been operating 3 times a week between London and Dar es Salaam.

Tourist companies in Tanzania, however, expressed their concern that the closure of BA operations will decrease tourist flows into Tanzania due to disturbances for booked passengers and the cost of connections. The airline (BA) has been the most reliable passenger carrier for diplomats, government officials, and intellectual traveling to UK and the United States through Heathrow.

Tanzania Association of Tour Operators Chairman Leopold Kabendera once said Tanzania will miss a great opportunity, as British travelers are usually confident and feel safe when using their own airline. Foreign tour operators also may lose confidence to book their clients to fly to Tanzania through other airlines.

British Airways made some changes to its Africa network after suspending the Boeing 767 services operated on the Dar es Salaam route. The airline added 224 seats a week to the Nairobi route through an additional once-weekly Nairobi overnight service, which will operate from the end of May this year and be served with a Four Class 777-200 aircraft. This brings the total number of Nairobi flights to 8 per week – 7 day-time departures from Heathrow and one overnight departure.

After announcing its plan to pull out its flights to Tanzania, Dubai registered Emirates Airlines added more than 1,400 seats a week on its Dar es Salaam-Dubai route with the introduction of a Boeing 777-300ER aircraft in February this year to fill the gap left by British Airway.

Emirates released a larger aircraft to replace the Airbus 340-500, giving a 40 percent boost to seat capacity. “Dar es Salaam is one of East Africa’s most popular destinations, and the introduction of the new Boeing 777 is a direct response to increasing passenger demand on this route,” said Jean Luc Grillet, Emirates Senior Vice President, Commercial Operations for Africa.

“Emirates carried 148,000 passengers on flights to and from Dar es Salaam last year. With the new Boeing 777 service, we expect this to noticeably grow as our customers continue to explore the opportunities Emirates’ global network has to offer,” continued Grillet.

In addition to carrying more passengers, using the new aircraft will also have a positive impact on Tanzania’s import and export industry. Emirates SkyCargo, using the Airbus 340-500, had a belly-hold capacity of 30 tons in both directions. The Boeing 777-300ER has a capacity of up to 46 tons, which means businesses will benefit from an additional 112 tons of weekly capacity on the route.

Emirates established operations in Tanzania in 1997 and flies daily from Julius Nyerere International Airport (JNIA) in Dar es Salaam to Dubai, connecting passengers to 117 destinations in 74 countries across 6 continents.