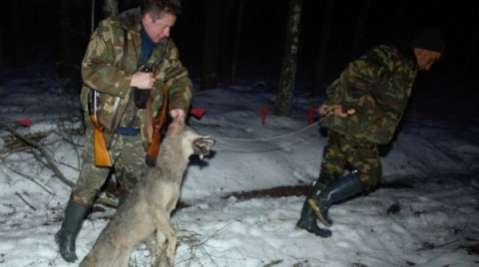 MP Oleg Mikheyev of the center-left Fair Russia parliamentary party told reporters on Monday that he had entered a draft law on hunting for preliminary discussion.

Mikheyev expressed his belief that hunting is unnecessary and immoral, regardless of whether one sees it as a sport, a pastime or an industry. “What many people call hunting now is more of a cruel killing that has nothing in common with the ancient art of fair competition between a man and a beast,” Mikheyev said in a press interview.

The MP noted that modern hunters use helicopters and specially built towers, and that in Russia’s Far East region many animals are killed on an industrial scale, and their carcasses are smuggled to China where they are used in traditional medicines.

Mikheyev argued that fines for poaching cannot rectify the problem, as they are too small and cannot be increased due to corruption. He suggested a total ban on hunting, and the introduction of criminal penalties for poachers totaling up to 500,000 rubles ($16,000), or three to five years in prison; poaching is currently an administrative offense in Russia..

The bill also provides for some exceptions – hunting will be allowed for indigenous peoples of the Far North, Siberia and the Far East regions, but on the condition that hunters use only traditional weapons. Hunting quotas will also remain for forest rangers, but candidates will now be required to pass a psychological test to get a hunting permit.

“People who feel pleasure when they kill animals cannot be called normal. The procedure can help us in early detection of latent madmen and murderers,” Mikheyev told daily newspaper Izvestia.

Mikheyev also pointed to African countries, saying that nations like Zambia and Botswana did the right thing when they sacrificed income from safari tourism in order to safeguard endangered species.

Fair Russia will discuss the new bill next Monday; if approved, it will be submitted to the State Duma committee for natural resources and ecology.