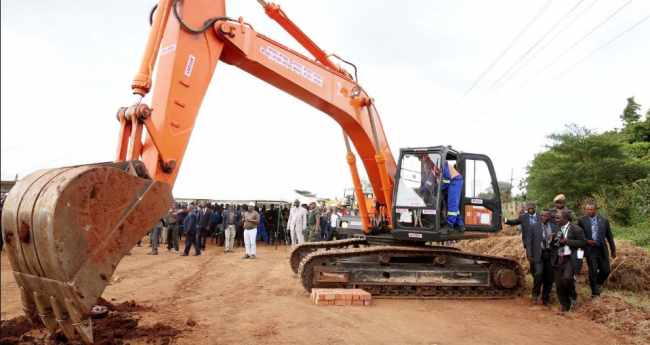 NEW YORK, Saturday 28th April, 2018 – Zambia has informed the United Nations (UN) that it has prioritised economic infrastructure development because it is a key enabler in capitalising its economic expansion.

Ministry of Trade, Commerce and Industry Permanent Secretary Mrs Kayula Siame has told the United Nations that Zambia’s main developmental thrust is anchored on the construction and rehabilitation of infrastructure such as roads, hydro-power stations, diversification of the energy sector to renewable energy such as solar as well as the rehabilitation of the railway system and the mordernisation of both local and international airports.
Mrs Siame who is in New York for the 2018 Economic and Social Council (ECOSOC) Forum on Financing for Development said the upturn in the world economy has translated into a more enabling environment for financing sustainable development across countries particularly in developing countries.

The 2018 ECOSOC Forum on Financing for Development was officially opened by United Nations Secretary General Antomio Guterres and chaired by President of ECOSOC Marie Chatardova.
The Zambian delegation at the 2018 ECOSOC Forum on Financing for Development is led by Mrs Kayula Siame, the Permanent Secretary at the Ministry of Commerce, Trade and Industry and accompanied by His Excellency, Ambassador Lazarous Kapambwe, the Permanent Representative to the United Nations and senior government officials.

Making interventions at the 2018 ECOSOC Forum on Financing for Development Ministerial Round Table 2 Discussion focusing on national policy and institutional development in support of the implementation of the Addis Agenda, Mrs Siame said Zambia has experienced stable macroeconomic stability leading to a single digit inflation.
She stated that Least Developed Countries (LDCs) often faced a number of factors that are affecting the countries to better get capitalized on a broad-based economic recovery and outlook.

“Some of the factors facing Least Developed Countries include but are not limited to reliable and quality infrastructure in Information and Communication Technology (ICT), road network, railway lines, energy generation and transmission, reliable and quality energy which is electricity, petroleum, coal, biomass and renewable energy,” Mrs Siame said.
She stated that the infrastructure development programmes the Government has embarked on are aimed at transforming the Zambia into a truly land-linked country and open up new markets in the country and lower the cost of doing business.
Mrs Siame further explained that Zambia’s strategies in attracting quality investment has been placed in the Vision 2030, the 7th National Development Plan (7NDP), Industrial and Trade Policies and the establishment of the national investment agency such as the Zambia Development Agency (ZDA).