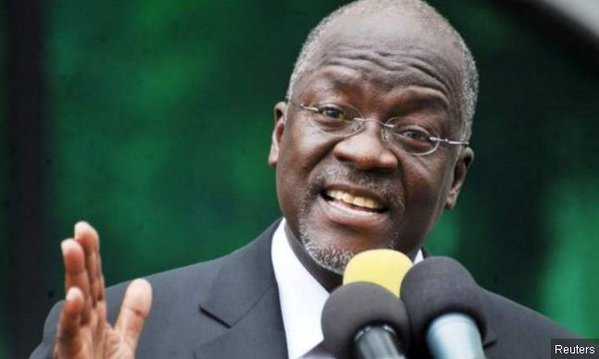 Ever since their president, Dr John Pombe Magufuli, 55, was elected into office on October 25, 2015, Tanzanians have turned our lives into a hell.

A day hardly passes before you read snippets on social media and in newspapers about yet another ‘strange’ and provocative act by this new enigmatic president in our neighbourhood.

First, we heard that he made a surprise visit to Muhimbili national hospital to check on the state of service delivery there. We hear shoulders moved because he was displeased with what he saw, and that, since then, things are changing in that hospital. Yes dear Tanzanians, good for you, but don’t throw it in our faces.

Do you know how it feels for us to hear of such impossible things to be happening in a neighbouring country? You could have saved us from Idi Amin, but that didn’t give you the right to keep giving us a feeling that things are wrong here. Keep your fairytales to yourselves please.

That our president has never made such surprise visits to our Mulago national referral hospital does not mean he does not care about us and our health. It is because you can afford to lose your president that you would allow him to do such risky things. Do you know how unsafe such hospitals are? Would our president’s security detail fit in those wards?
If you had ever been to Mulago, you would know that the floors are also occupied; our dear liberator would have nowhere to step. And what if those old shaky beds and drip stands collapsed and injured him? Where else would we get another good president?

Besides, you should know that we are okay and not complaining. Do not make us feel like our own leaders do not care. It is true that many of them, and a few of us, come to your countries for treatment. I think you are misreading this otherwise good gesture. We only come there in a spirit of good neighbourliness and pan-Africanism, not that we lack proper medical care here.

It is in the same spirit and in promotion of inter-state relations that once in a while we may send our daughters to give birth from Germany. Simple knowledge of diplomacy that escapes you!

We also hear that, in a bid to boost government coffers, your president passed a ban on public servants’ foreign travels. He ordered that all tasks that necessitated government officials to travel abroad would now be done by the country’s high commissioners and ambassadors abroad. I laughed hard on this one! Does this president care for his public servants? How could a patriotic leader do that?

Here our economy is doing very well; so, we don’t need lessons on spending. Our fleet of ministers, MPs, and other officials are free to travel to attend all sorts of meetings. Whether the country benefits in proportion to the expenses on their travels is not your business. Uganda is not Tanzania. Do you know our history?

Do you know how we suffered in the past? So, if you see our leaders moving in convoys of huge cars with heavy security detail, do not start making silly comparisons with your country.

Considering what the stories from Tanzania make Ugandans feel, don’t you realise that our good leaders need tight security? The actions of your president are harmful propaganda for us.

Your president is not the first to call for modesty in public expenditure. We also had a president with such a sense of humour between 1986 and 1996. He wondered why African leaders would ride in expensive cars and import beds from abroad while there were cheaper options. We miss him ever since he was kidnapped by power.

Nevertheless, our current president has been so good to you. As Uganda president, he has attended three presidential handover ceremonies in your country. From Ali Hassan Mwinyi to Benjamin Mkapa, Mkapa to Jakaya Kikwete, and recently from Kikwete to Magufuli.

What more love do you need? Do you imagine how painful it is to witness things you do not believe in? And all you do to pay us back for this love is to elect a president that makes changes in Tanzania which will incite hatred for leaders in Uganda and cause demand for change!

You know that it is election time in Uganda; how could you do this to us at such a moment! When we get our own Magufuli, we shall ‘revenge’.

The writer works with the Center for African Studies, Uganda Martyrs University – Nkozi.