Kenya’s main opposition leader, Raila Odinga, has declared himself the “people’s president” at a controversial “swearing-in” ceremony in the capital.

Thousands of his supporters attended the event, despite a government warning that it amounted to treason.

The authorities shut down TV stations to prevent live coverage of the event.

President Uhuru Kenyatta was sworn in for a second term last November. He won an election re-run in October, but Mr Odinga boycotted it.

Elections were first held in August but the courts ordered a re-run, saying Mr Kenyatta’s victory was marred by irregularities…. 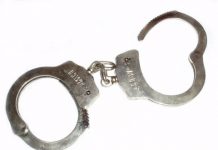