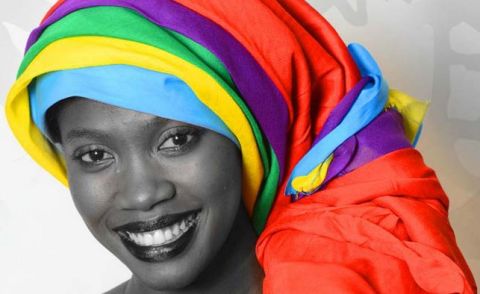 DAKAR, Senegal, October 6, 2014/ — On 29 and 30 November, Senegal will host the 15th Summit of heads of state and governments of countries which have the French language in common on the theme of “La Francophonie’s women and young people: vectors for peace and actors for development” (http://www.francophoniedakar2014.sn).

Over two days, 77 heads of state and their delegations, as well as representatives of international organisations, NGOs and economic, cultural and social stakeholders, will gather in Dakar.

“The Dakar Summit will be a turning point for Francophonie, both in terms of its organisation and its intellectual, cultural and political content,” states Macky Sall, President of the Republic of Senegal, pointing out that “we are looking resolutely towards the future, with the participation of the Senegalese society, in order to enable us to meet the challenges we are facing both culturally and economically.”

The programme of the Summit, which is due to appoint the OIF’s next Secretary General, as well as defining Francophonie’s direction and adopting the next ten-year strategic plan, features two main themes: women and young people.

Based on these themes, which were chosen at the end of the 14th Francophonie Summit, this year’s Summit will revisit the major role played by women and young people, especially in the current climate of economic difficulties and political tension. It will draw up specific initiatives aimed at tackling numerous social, economic and political challenges.

A few facts and figures about Francophonie

•          The IOF, founded in 1970, brings together 77 Member States and Governments and OIF observers which have the French language in common.

•          The Summit of heads of state meets every two years to decide on the admission of new members, define Francophonie’s direction in a ten-year strategic plan in order to maintain its worldwide influence, and elect the Secretary General of Francophonie.

A collaborative process mobilising all the actors of the Senegalese society

Organising the Francophonie Summit – a task which is entrusted to a different host country for each edition – represents a valuable economic and political opportunity for the host country, as well as the international visibility it bestows.

In order to meet this challenge, Senegal has established an extensive planning process, with the aim of ensuring the participation of all Senegalese stakeholders, in collaboration with the OIF.

For over a year now, they have met regularly in various committees tasked with planning the themes to be included in the programme and organising logistics and the event itself, under the supervision of the General Delegation of Francophonie.

A Scientific Committee, chaired by El Hadj Hamidou Kassé, comprising members from the senior civil service, the academic world and civil society, is in charge of preparing the content of the Summit.

A number of meetings have been organised in order to plan the Summit’s themes, including the following:

–          The international symposium on “Women and young people, emerging forces: Francophone issues, challenges and perspectives”, from 17 to 19 September;

–          The symposium on women, in partnership with the Ministry for Women’s Affairs and the “réseau francophone sur l’égalité femme-homme” (Francophone network for gender equality) from 16 to 17 October;

Alongside the Summit, Senegal will organise a number of cultural events for all those taking part. It will also establish a “Francophonie Village”, an ideal space to hold meetings and discussions, where the OIF’s member countries and Francophonie stakeholders will present their activities. Organized into four areas – an institutional area for OIF States, governments and operators, a media area, a service area for associations and companies, and a cultural area with events, concerts and exhibitions – it will be open to the public from 24 to 30 November 2014 on the site of the Grand Théâtre National de Dakar.

Finally, to follow on from the Summit and with the same aim of placing Francophonie in the action and challenges of the 21st century, Senegal will organise the Francophonie Economic Forum to be held from 1 to 2 December.

With GDP of over 7,200 billion dollars generated by the OIF’s 77 Members States and governments, this forum will discuss how to stimulate this economic potential and Francophonie as an economic driver, in support of the key role played by Senegal in the development of French-speaking Africa and even Africa as a whole.