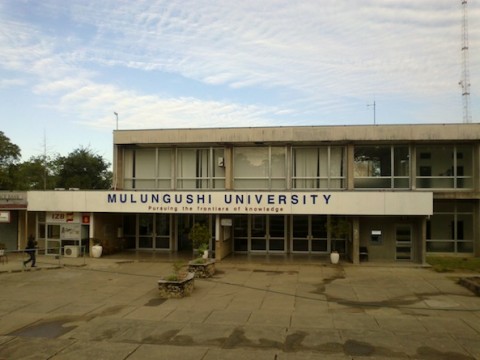 NEWS of progress being made in completing the transformation of some State-run colleges into universities is obviously good for many potential students and their parents.
The progress can only come as a relief for many who wish to pursue degree studies but have had to compete with thousands others to get into the two public universities in the country, not too long ago.
Following the establishment of a third in Mulungushi University, Government has not looked back with the announcement that colleges such as Nkrumah and Copperbelt colleges of education would be transformed into universities.
It further announced construction of at least one university in each province of Zambia to cater for the ever-increasing numbers of school leavers in need of tertiary education.
As usual, such announcements are met with skepticism but Government has shown commitment in pursuing these projects, to ensure they materialised.
As noted by the Delegated Legislation committee of Parliament, that visited Nkrumah yesterday, the process of converting the institution into a university was on course.
Other committees have visited the Mukuba University to report similar progress.
President Michael Sata himself noted with dismay that despite the growing population and even after being independent for almost 50 years, there were still so few universities.
Not too long ago, the facts were that of more than 300,000 pupils who completed Grade 12 every year, only about 6 per cent of the total number, translating into about 14,000 were able to access tertiary institutions.
This meant that more than 94 per cent of the Zambian school leavers ended up on the street.
It goes without saying, what benefits come with increased number of educated citizens, with regards socio-economic developments.
Despite the abundance of natural resources, a citizenry that lacks the necessary education cannot hope to exploit the resources for the betterment of their own lives and development of the country.
One of the reasons why Nigeria, Ghana, or South Africa today enjoy fairly strong economic positions, has to do with their eduction policies, where they have heavily invested in tertiary education.
These countries have universities in their hundreds and it is only hoped that Zambia would one day reach such a feat.
However, it must be appreciated that many private colleges and universities have come on board to fill the gap and absorb many students seeking tertiary studies.
This however should not allow any compromise on quality of education by both the private and Government institutions.
It would be self defeatist, if these institutions failed to produce graduates that were up to international standards because they would not be able to drive the various industries.
For private institutions, profits should not supersede quality education and for Government institutions, it should not be about making the numbers look pretty.
Education Minister John Phiri recently said that a higher education authority was being put in place to regulate institutions of higher learning.
It is hoped that with the increasing numbers of universities, will come quality graduates, who will be able to effectively contribute to national development.  OPINION