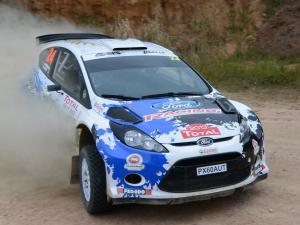 AIRTEL Zambia yesterday got the naming rights for the 2014 Zambia International Rally Championships after donating K70, 000 to the Zambia Motor Sport Association (ZMSA).
The event will now be called Airtel Money Zambia International Rally and the championship will also act as the third round of the 2014 FIA-Africa Rally Challenge (ARC) running from May 16 to 18 in Lusaka.
ZMSA vice president Sam Ching’ambu also unveiled a budget of K300,000 during the launch held at the InterContinental Hotel in Lusaka.
Ching’ambu said the mobile service provider was given the naming rights for the event to be called the Airtel Money Zambia International Rally.
He said he was happy with the coming in of Airtel and called on other business houses to come on board to ensure that the event is a success especially that Zambia has always done well in the continental race.
“We won the ARC title in 2012 with Muhammad Essa and successfully defended it when Jassy Singh won it in 2013. We only hope that this year Essa and Ken Mukosa make us proud as they are our two representatives in the rally,” he said.
Ching’ambu expressed confidence that the duo will perform even better as the third round of the ARC will be held at their home ground.
Meanwhile, former African champion Muna Singh, who is also ZMSA technical director, said the rally will get underway on Friday May 16 at the Intercontinental Hotel and will proceed to Lusaka Motor Club for a special spectators stage.
Muna said the rally will then shift to the Graham Rae Farms in Chisamba where drivers would be expected to drive a total distance of 400km.
Singh said 20 local drivers have already confirmed their participation with reigning ARC champion Jassy Singh, Geoffrey Chuulu, Muna Singh Jr among the drivers expected to compete in the three-day event.