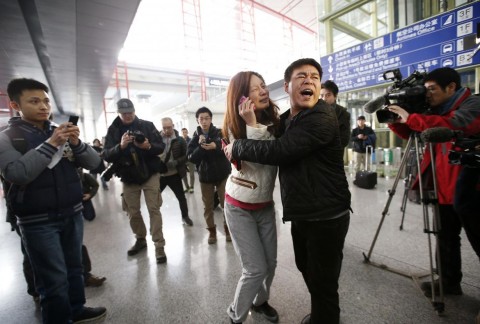 The Malaysian government will issue death certificates for passengers of missing Flight MH370 and provide financial assistance to families still hanging onto hopes of their loved ones being found alive, officials said on Sunday.

Deputy Foreign Minister Hamzah Zainudin appeared at pains to show that officials were trying to be fair to all relatives of those who went missing when the Malaysia Airlines jet went missing on March 8.

“When we talk about financial assistance, we have to be fair with everybody,” he said during a press conference in Kuala Lumpur on Sunday. “The only discussion that we talk to currently is to the next of kin in Malaysia and to representative from China. So, we don’t only talk to Malaysia next of kin. We’ll talk to everybody.”

“We realize this is an excruciating time for the families of those on board,” added Zainuddin, who heads a committee overseeing the needs of the next of kin.

He said that he would soon visit Beijing to shore up bilateral relations between Malaysia and China. Two-thirds of the missing plane’s 227 passengers were …..