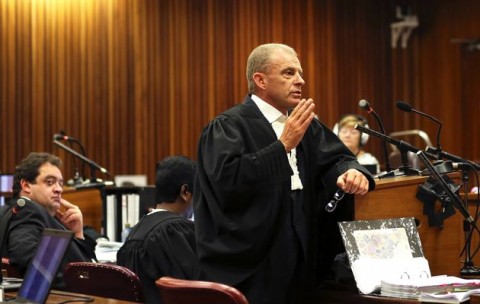 The SA Human Rights Commission has been asked to probe the manner in which State prosecutor Gerrie Nel conducted his cross-examination of murder-accused Oscar Pistorius.

“We have received an e-mail with an intention to lodge a complaint over the utterances made in court,” SAHRC spokesman Isaac Mangena said on Friday.

“We have acknowledged and asked the complainant to lodge a formal complaint by filling out a form. We will then assess the complaint as per our complaints handling procedure to [decide] whether it is something for the commission to investigate or not,” said Mangena.

The complainant, Jan Landman, a former commissioner of the Commission for the Promotion and Protection of the Rights of Cultural, Religious, and Linguistic Communities, requested that the SAHRC investigate and rule whether Nel was permitted to refer to Pistorius as a “liar” as he cross-examined him.

In the complaint Landman sent to the SAHRC, he said it was his opinion that in calling Pistorius a liar, Nel infringed on his right to a fair trial.

He claimed Nel further contravened Pistorius’s right to be presumed innocent and his right to freedom of expression, and to ensure his dignity was respected and protected.

“It is in the public interest that the Human Rights Commission as a matter of urgency should investigate to what extent the Bill of Rights of the Constitution of SA (Chapter 2) is contravened,” said Landman.

During court proceedings at the High Court in Pretoria on Friday, Nel was reprimanded by presiding Judge Thokozile Masipa.

Pistorius, who was a world renowned paralympic athlete, is on trial for the murder of his girlfriend Reeva Steenkamp.

He shot her dead through a locked toilet door at his Pretoria home on Valentine’s Day last year.

He claims to have mistaken her for an intruder.

Nel is arguing that it was premeditated murder.