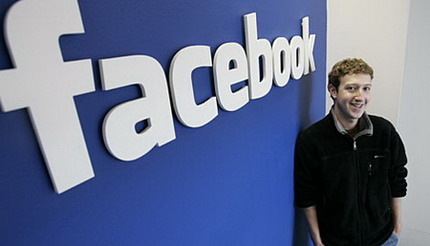 Facebook has hit more than 100 million users in India, only the second country after the United States to achieve the milestone.

Facebook says the fast-expanding smartphone market is driving growth in India along with better internet coverage across the country of 1.2 billion people.

“Today, we have more than 100 million people who access Facebook actively in India each month,” Kevin D’Souza, Facebook India’s head of growth and mobile partnerships, said.

Facebook has experienced a meteoric rise since setting up its first office in the southern city of Hyderabad four years ago, when India had about eight million users.

Mr D’Souza says the social networking site is looking to reach “millions more” in the country through new business deals and partnerships.

“We’ve only just begun,” he said. “Facebook’s mission is to give people the power to share, and to make the world more open and connected.”

Facebook, with more than 1.23 billion users globally, is turning to emerging markets in places like Asia to drive expansion after growth in the West tapers off.

It leads social network services in most countries, but not Russia, where local rivals are preferred, or China, where it has been largely banned since 2009.

India is expected to overtake the United States later this year as the country with the most Facebook users.

“The next generation of Facebook users will piggyback on the massive growth of mobile usage in the country.”

India’s smartphone sales grew to more than 44 million in 2013.