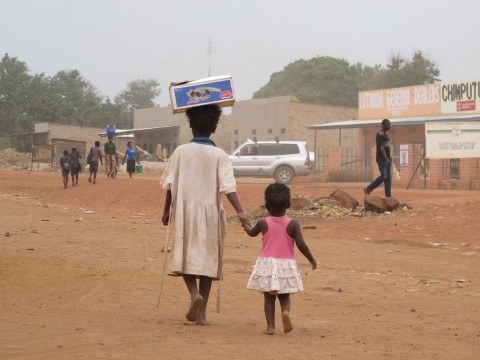 The newly elected Kaputa District Council Chairman has revealed that the council is in a serious financial constraint.

Dickson Musonda, who is also Patriotic Front (PF) Nkota Ward Councillor, said the council is facing serious challenges in raising money through levies since Nsama was separated from Kaputa.

Mr Musonda said Nsama, which was declared a district two years ago, used to be a major source of revenue for Kaputa council from fish trading in Nsumbu.

He said Kaputa District Council now has nothing to point at and appealed to government through the Ministry of Local Government and Housing to expedite the release of various council grants.

He said government remains the major source of revenue for the council, saying his office will continue to work with government through the office of the District Commissioner in fostering development in the district.

Mr Musonda, who was elected new Council Chairman for the civic year2014-2016 after going through unopposed, said this in his inaugural speech in the council chamber soon after being elected.

The position of Vice Council Chairman was scooped by PF Mowa ward councillor, Collins Kabengele, who also went through unopposed.

Mr Musonda has since thanked outgoing Council chairman, Webby Kawelwa, for his contribution to the council and pledged to continue from where he stopped.

And outgoing Council Chairman, Webby Kawelwa explained that during his tenure of office he undertook a number of developments at the council.

Mr Kawelwa cited the construction of the community radio station and several other projects in the district from the Constituency Development Funds (CDF) as some of the successes he achieved.

He said the council also managed to procure a grader which is yet to be delivered, adding that the radio station will soon be operational as the council has already received quotations for purchase of studio equipment.

Mr Kawelwa has further encouraged the incoming chairman to be hard-working and pledged to work with him in fostering development in the council and the entire district.